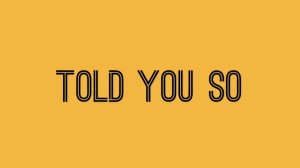 “Just as we have concluded Texas case law does not require disinterested appraisers when the parties have not included that requirement in their contract, we conclude also that the policy here does not require appraisers be disinterested merely by requiring that they be competent. To do so would be to read into the policy a provision the parties did not include.” Texas Farm Bureau Casualty Ins. Co. v. Sampley, 2015 WL 3463028 *4 (Tex.App.—Amarillo 2015).

Again, “an appraisal clause binds the parties to have the extent or amount of loss determined in a particular way.” State Farm Lloyds v. Johnson, 290 S.W.3d 886, 888 (Tex. 2009). In Sampley, supra, the policy’s appraisal clause required in the event the parties did not agree upon the amount of loss that “each party will select a competent appraiser.” The insured chose, as her appraiser,  the body shop repairman who was hired to repair the vehicle and had an economic interest in the outcome of the appraisal. The carrier notified its insured her choice of appraiser was ‘unacceptable.’

The insured declined to change appraisers and the insurer filed suit asking the trial court to remove the insured’s choice. The court’s holding aptly illustrates what happens when traditional terms are excluded or changed. “Courts strive to honor the parties’ agreement and not remake their contract by reading additional provisions into it.” Id. *3 Because the insurer only required the selection of a competent appraiser, the court declined to read the additional requirement of ‘disinterested’ into the contract.

The insurer also argued that ‘competent’ included the requirement of disinterestedness and ‘just because the policy does not expressly require impartial, unbiased, and financially disinterested members does not mean that partiality and financial interest are acceptable. Partiality and financial interest defeat the very purpose of the appraisal process.’ Id. The court of appeals rejected the argument holding that it was ‘merely a restatement of its first contention that the law requires disinterested appraisers regard-less of the policy language chosen by the parties.

The ‘tri-party appraisal process recognizes in ‘a great majority of cases, some amount of partiality exists between an insured and his appraiser . . .if the insurer had desired, it could have explicitly contracted for completely neutral appraisers. Just as we have concluded Texas case law does not require disinterested appraisers when the parties have not included that requirement in their contract, we conclude also that the policy here does not require appraisers be disinterested merely by requiring that they be competent. To do so would be to read into the policy a provision the parties did not include.’ Id.

Impartial Does Not Mean Neutral

I can think of at least two (2) major insurance carriers that require the appraisers and the umpire be both impartial and neutral.  As noted above, neutral and impartial are different standards.  Neutral is a difficult standard to meet.  What happens if one or more of the appraisal panel members is clearly impartial but not neutral?  Could a party ask the Court to set aside the appraisal award because it was conducted outside the ‘authority’ granted by the Policy?   Interesting question–I’m not aware of a case that addresses this issue–yet.

This article is for informational purposes only and not for the purpose of providing legal advice. You should contact your attorney to obtain advice with respect to any particular issue or problem. Use of and access to this article or any of the e-mail links contained within the site do not create an attorney-client relationship between Thomas W. Hamrick and the user or browser. The opinions expressed in this article are the opinions of the individual author and may not reflect the opinions of other lawyers.

View all posts by Tom Hamrick